Taddeo was born and raised in Lwengo district, on 16th March 1986. In 2004 he came to Kampala after winning Luganda Story Writing Competitions (Entanda ya Buganda ey’amasomero), on 31st December 2004 winning himself a One Million Shillings from the Kabaka of Buganda. This was the initial capital that facilitated Ronnie to relocate to Kampala and to start his film career.

He is the founder of Wings films Uganda a registered multifaceted full service entertainment and media production company that specializes in producing audio-visual content in various dimensions for film, TV and online content as well as using film to rehabilitate and promote talent development.

He is also a filmmaking mentor to a number of up-coming filmmakers and actors in Uganda. From 2019, he launched a mentorship program aimed at nurturing young talents in the skills of acting, directing and Tv presenting among others. He has also established other regional arms of his production aspirations in Mukono and Masaka district. 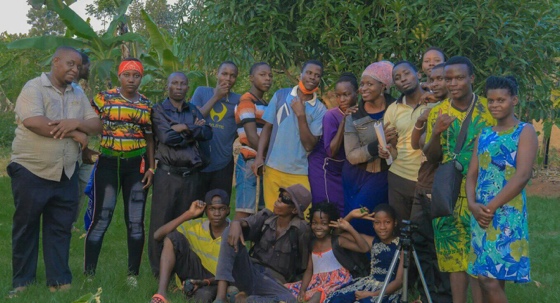 His has further taken on film studies to enhance his skills and talent at Kampala Film School. In 2019 through a Masters Class, he attained a certificate in cinematography and film directing.

Films produced by Taddeo include: