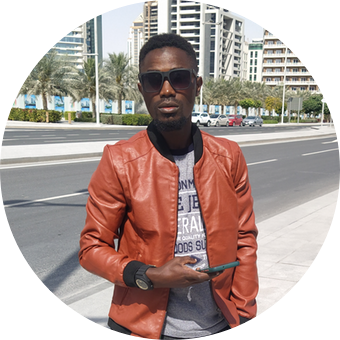 Ssenyodwa umaru  aka DRIZZLE KING DA VOICE MUTANT was born on 29th November 1994 in Mubende into a polygamous family of Mr.Leonard Kazibwe and Mrs. Nasaazi Malusi.

After his primary and o level education Ssenyodwa Umaru joined A level at Iganga dynamic ss,while studying he worked with an NGO known as UDHA(Uganda development health association) and also worked with a Radio called RFM located in Iganga town hosting  a youth programme  once a week.

After his A_ level education Ssenyondwa Umaru held his national diploma in journalism at Makerere School of commerce and media.

Ssenyondwa Umaru started his acting career in 2013 after his “A” level final exams where he formed a group joined by youth and elders with the same dream of acting known as wit family edutainment which started in Iganga town and later in 2015 the group shifted to Kampala.

Drizzle king da voice mutant is the founder of wit family and he was the executive director.

He was also among the founders of Meraki movies Uganda based in Qatar and here he is the among the executive directors taking a lead as the company director and writer.

He aspires and strongly believes in his work as he was quoted saying “one day my art work will talk and the world will do the listening.

Here below are some of the film projects he has worked on;