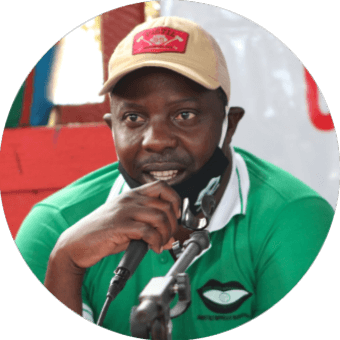 Born in 1984, and as a business man, he started the film exhibition business 2007 and so far owns at least four Video Halls (Bibanda). He is the CEO and founder of Blaze Videos & Electronics; and has been fundamental in the promotion of local content in cinema.

He is a Local Area leader in Buggu Cell, Busabala Ward, Masajja Division in Wakiso District.

He is one of the founders and the Secretary General of the Exhibitors Guild; Association of Cinematographic Exhibitors Uganda Limited trading as Pearlwood.