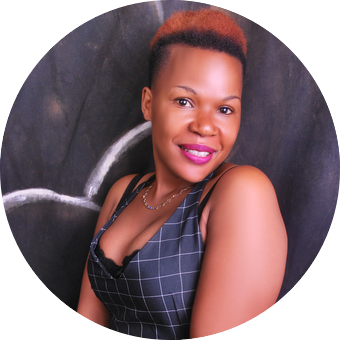 Born on 22nd July 1991, Sarah hails from Kyolola in Ssembabule District by the Late Mr. Fudyeli Kanyonyozi and Mrs. Justine Tibejuka. She started acting in 2009 but her 1st featured film (Olutaro lwo’Kuzaala – Empty Tin) was only released in 2011. She has since then taken on acting as her career.

In addition to acting, Sarah Khan also does Script Writing. Very passionate about her talent, Sarah is one of the renowned Ugandan film actresses that have gone beyond limits to achieve the required character. Her dedication and consistence are fundamental to celebrity she has made herself.

Capable of speaking Luganda, Runyankole and English, Sarah has acted in a wide genre of films to include but not limited to: