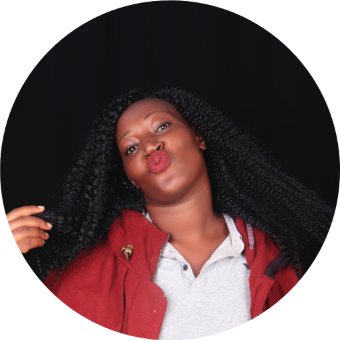 She is an award winning Ugandan producer, director and actress. Born on the 04th of Dec 1992 in Kabwohe, Sheema district. She is the second born of Mr. Mugisha Abdul and the late Nakabugo Josephine (RIP). Her mother died when she was only six years old and she was raised by her step mother Rosemastics Atuhaire, a woman she says is more than a mother to her and her siblings.

Aisha went to Kabwohe Mixed Primary School from 1997-2003, and joined Kabwohe Muslim Secondary School for S.1-S.3. She then relocated to the city and joined Amazon High school, Natete for her S.4 and completed her O’LEVEL at St. Paul’s SSS, Lweza-Kajjansi in 2008.

In 2009, she went back to Amazon High School for S.5 and completed her A’LEVEL from Kambuga SSS, Kanungu district. She

then joined Kyambogo University in 2011 and pursued a bachelor’s degree in procurement and logistics management and graduated with a First Class Honors degree in the year 2015. She was a very active music dance and drama student through and school days. 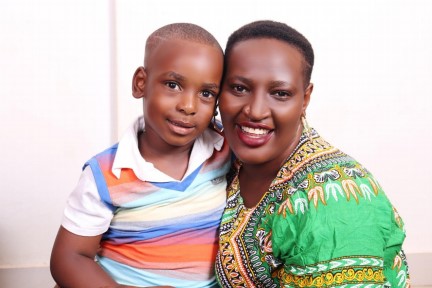 She is a mother to a lovely 4 year old Arinda Allan Jesse McLeod. In the year 2018, she chose to follow her passion and joined the film industry as an actress. She featured in the movie OMUZUNGU MU MUHABATI as NAMUGGA and several other movies.

In 2019, Aisha wrote and produced her very first movie titled MY FINAL WIFE which put her on the map of Uganda’s leading producers. MY FINAL WIFE made history on the 18th of December 2020 when it competed with several other movies and won THE MOVIE OF THE YEAR at the 2020 PEARLWOOD AWARDS, the first of its kind in the awards at the Uganda National Cultural Centre-UNCC.

In the year 2020, she wrote and produced her first ever TV SHOW titled GIRLS EMPIRE. She said it was one of the hardest and costly production she has hadsince she had to stop midway on the 2

1st of March due the covid-19 pandemic and resuming on 20th August, everything had changed among the cast and she had to reshoot from zero making an estimated loss of about 10million Uganda shillings. But she says she is finally happy that at least the she is done successfully.