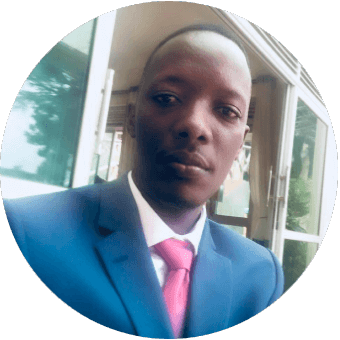 He hails from Mawokota, Buyaya village, went to Kampala Parents School for primary, joined St. Charles Lwanga Kasasa for his secondary studies. He holds a Degree in Marketing from Makerere University.

He served as General Secretary for Uganda PayTV Subscribers Association. He produced the NRM Bush War documentary that show cased the rise of President Y.K. Museveni from Fronasa to 2006. The documentary was then exhibited in all cinema halls (Bibanda) across the country.

After the bombing at Lugogo during the 2010 world cup, he worked with Counter Terrorism Police to sensitize Cinema hall operators and owners on the threat of terrorism. The enforcement of the Counter Terrorism SOPs streamlined the film exhibition business across the country.

He is a co-founder and President of the Exhibitors Guild; Association of Cinematographic Exhibitors Limited (ACEL). During the Covid-19 pandemic lockdown, he speared headed the mobilizing of 5 tons of relief food for film stakeholders whose businesses were greatly affected by the pandemic.

His aspirations is to see a vibrant and progress film industry that outstandingly has the capacity to employ millions of citizens as well as contributing to national growth and security.