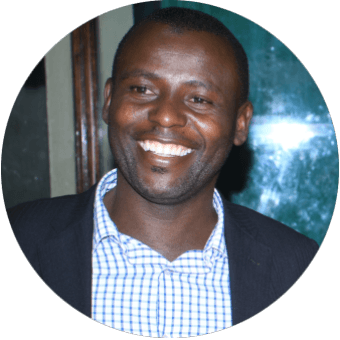 Mugaya Faizo is a male Ugandan actor, Film Producer and comedian born on 07th October 1988 in Magamaga village, Mayuge district, eastern Uganda. He started acting during his primary and secondary school. Having seen the challenges that other fellow ghetto youth face, Mugaya through his talent further decided to join hands with other youth in different activities like football, music, dance and drama especially those who also had the same idea to form an organization called Katanga Ghetto Development Link (KGDL) where he is now the executive director. This project (KGDL) basically aims at changing lives of the poor people living in the slums of Katanga among other ghettos of the world.

Besides the above, in 2019 Mugaya decided to join hands with some of his talented friends all under KGDL to form a community radio called KATA FM, also in the slums of Katanga with a mission; “To sensitize, support, strengthen and enrich ghetto community through innovative educational programs that promote health, unity, and education with freedom of expression.” where he is now working as the programs director thus changing lives of the vulnerable and poor people living in the slums of Katanga, Uganda and the whole world.

In addition to the above, Mugaya is also the founder and CEO of 12Stars Universal Pictures (a film production entity registered under the government of Uganda). He is also a co-founder of the Film Producers Guild that is the Association of Core Film Producers Uganda Limited were he has served as the Mobilizer.

From a humble and back ground, Mugaya is now well known by his Ugandan movies and has inspired many children and youth whose dream is to become actors and actresses. In his quotes, he says, “ I want to change the ghettos through movies and break the record of Uganda Film Industry.”

He has produced a number of movies to include but not limited to:

Besides producing all the above, he is also known for acting and featuring in movies like:-