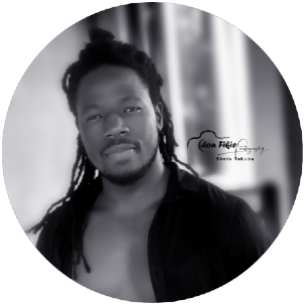 Lutakome Tony kayanja born 26/12/1992 to the late mrs Nagadya Veronica and kaddu John both from baganda tribe. His early school started in kiwagunzi p/s in luwero, st James bwaise, serina p/s in kanyanya were he finished his primary level and comprehensive college kitetika for ‘A’& ‘0’ level in 2010.

Started his film career in 2007 in a production company called ugafilms international, he’s first film he acted all his 3 scenes he acted were scrapped out due to bad acting this tormented him for so long and in 2008, he appeared in his first movie ‘AKAVUVUNGANO’ and later a famous Bukedde television series ‘BITABUSE’ this made a turning point in his screen career. Since then he has featured in ove 70 local English and non English movies, written, directed and produced over 30 movies with over 15 nominations in different local film festivals and in 2017 he acted and directed ‘MUGABA’ that worn best movie of the year in Uganda’s VMCA.

Lutakome Tony kayanja has tremendously contributed to the structuring and development of Uganda’s film industry, through his endless efforts he co-founded The association of core film producers Uganda  which is a prominent producers guild in Uganda, he’s the current president running his second term.

Lutakome is one of the most versatile and most loved actors in the country due to his well excellent aggressive roles and action skills he exhibits in the action movies and audience branded he as the “highest budget gangster”. In addition to acting he has a high passion for fashion and design and therefore he currently owns a fashion design trending as LTK BRANDZ which deals in clothes.