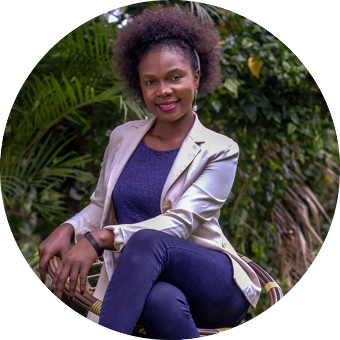 Irene Zawedde a.k.a Irene Zawie is a Ugandan actress born and raised in Kampala, Uganda. She comes from a nuclear family of  both living parents and 4 children(3 girls and 1 boy).

Growing up she saw herself become a prominent business lady and so she took on business studies and graduated with a degree in Business Administration with a specialisation in management and today she is self employed.

Having a soft heart for the underserved communities, Irene Zawedde is also working part time with Giving Hope Foundation Ltd as Acting Executive Director. She tried to join the film industry in 2010 and paused per discouragement from Christian mother and church, but because of her great passion for acting and film, she fully came back to the film industry in Dec 2019 wen she was selected out of the many contestants for a role in Loving Tyra Series that was already on going and she has never turned back.

She has been able to make her mother and entire family proud and looking forward to doing more.

Irene Zawie, a talented and passionate actress has featured in many film projects, including; Loving Tyra series, Girls Empire, Living Legacy, Vale of Tears, There is Tomorrow, Adil the sadist, and others. She is looking forward to working with more and big producers in Uganda and the world at large with challenging roles to exercise her dynamism and getting satisfaction from acting since it’s her greatest passion.