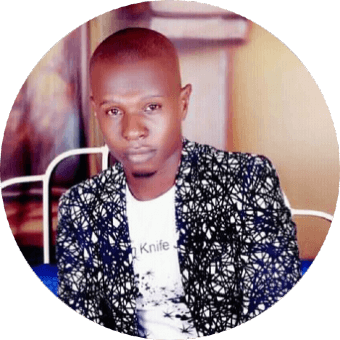 He is one of the best movie translators based in Kampala Uganda. He is gifted with a unique, soft and romantic voice which made him so popular mostly among ladies. He usually translates love and romantic movies and soaps thus the origin of the nick name, “Love Professor.”

He is the last born in the family of six sons and only one daughter. Born on 24th July 1992 to the late George Wilson Walusimbi and Ms. Margaret Nazziwa Walusimbi of Masanafu, Kampala district.

Despite his popularity in movies and soaps, he started his career as an audio producer in 2010 at Jozedd Records in Matugga, Wakiso and thereafter as a VJ in 2014 when he joined a regional television, BTN TV as movie translator. With Uganda’s transition from analogue to digital broadcasting, he then joined ABS television in 2015. He was later in 2016 scouted by Biliv TV which later became B24tv owned by Hon. Kato Lubwama and in 2018, Christian Media (Kingdom TV) were he works till to date.

He has also ventured in film business and production with an own company; Project One Entertainment that produces both film and music. He is also a Film Producer, Director, Actor and a writer. He has also featured in a film like “Naggomola” and songs like “Black list.”

Administratively; in addition to being the C.E.O of Project One Entertainment, he is also the Treasurer of the VJs & Publishers Guild (ACIP).