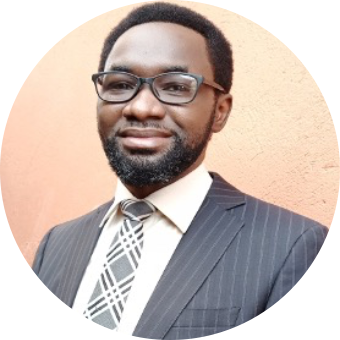 Born on 4th August, he hails from Kwara state in Nigeria but resident in Uganda. He has been involved in theatrical stage performance, and opera since when he was young.  He has written, acted & directed stage plays. He started producing films in 2021 with focus on promoting morals, hard work and ethics. He is the founder and director of Chronicle Gospel Stream Limited. He was formerly the coordinator of RCCG NYAYA Uganda and presently the Mount Zion Alumni International Fellowship (MZAIF) Uganda country coordinator, and the MZAIF West/East Africa Zone financial director.

With his outstanding writing skill, and Directing, he produced a film “The Visit” a low budget film which won international Christian film festival recognition and award .He is presently planning on wide range of production which include: high & low budget films, stage drama, and TV Series.

He holds a PhD with specialization in toxicolgy, and Ethnopharmacology. He is a speaker at conferences, driven by passion to reach all people especially the youth with the word of light, a teacher committed to enlighten with practical way of living, and a preacher with focus on the truth. He uses CGS platform to focus on social-economic, character and spiritual transformation of young people.  He strongly believes that solution to darkness in the world is the introduction of the light.