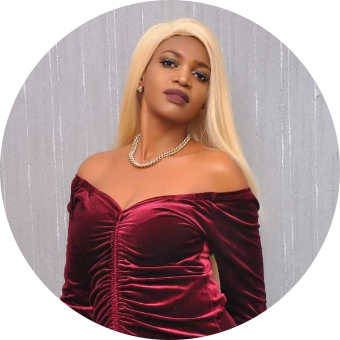 AKIRA – THE QUEEN OF THE NORTH

Akira (The queen of the north) real names Among Peace is Singer,song writer dancer and Actress born in the northern district of Alebtong in Uganda. Akira Born on the 29th/07/1986 is an Afro- zouk, dancehall and Reggae artist with passion and dreams for the music and movie industry rising from some of her role models such as legendary Yvonne chaka chaka, Yemi Alade Simi for the musical career and Genevive, Patience Ozokwor, Angelina Jolie in the movie industry to mention but a few.

Akira’s movie and musical journey stretches as far as primary and secondary school time in the Music, dance and drama club participations in both singing, drama and dancing, however this passion was put on hold as she pursued a Diploma in media communication and journalism but was rejuvenated in the early 2009 where Akira featured in local movie production such as “Where we belong”, a movie by Miriam Ndagire followed by other appearances in the movie “Zebu and the photo fish” by Zipora from Kenya in 2010 which also won an award in that year. This early production encouraged her to follow this path in the following years of 2014 with the movie “High school” by Mutassa Hassan from Tanzania and in 2016 she featured in two movies “Bush war” and another by a renown videographer and movie enthusiast Steve Ayeny by the title “ The Ring”.

Creatively in 2018 Akira also released songs such as:- Kena kena, Wek Ange, Treat you good and Milele as of date. Over the years Akira has perfomed on stage shows all over the country and has worked with producers and songwriter such as “Bomba”in the production of most of her songs and “Drainer” in the production of “Enough of you” and Ntwala (Not released yet),She has released videos like Milele with an award winning videographer Ayeny Steve. In 2019, Akira was nominated the best female artist lango.