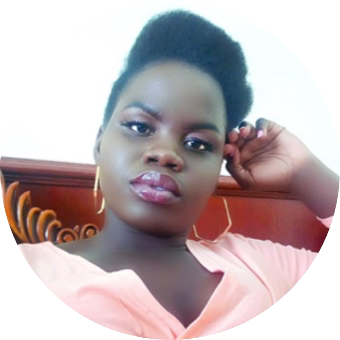 Eunice was born in Chua, Kitgum district, Uganda from the family of Dr. Latigo Arena and Jessica Adong. She’s the third born of the four girls. She and her siblings were raised together until when her two elderly sisters were abducted by the LRA rebels and her father passed on in 2000. She went to Horizon Pre-International School where by she appeared on her first radio talk show about child’s right on mega FM Gulu at the age of six years.

She has always been a passionate story teller and love school stage drama throughout all her academic life, during her primary school MDD national competitions, her school has always been the best in drama which was all written by her. Given the circumstances of being under the relatives guardianships after her mom passed on, she didn’t pursue or study anything film related but that didn’t stopped her from pursuing her dream career.

In 2018 she founded an underground foundation in northern Uganda called FREE BUTTERFLIES with the theme of training and changing the rural women’s mindset and thought patterns. This foundation skills women on how to be financially independent and educate their children, fight against sexual violence and defilement, overcoming stigmatization for ARTS patients and living a positive life etc. This foundation was founded in an honor of her late baby sister who died as a result of sexual violence. Eunice is a person who is passionate about life and humanitarian services. 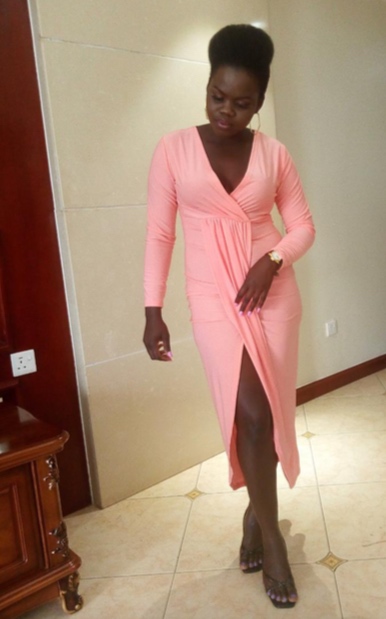 Eunice starred in her first film appearance as SANDRA an ex-wife to Kalema featuring prince Nakibingein MOTHER’S AGONY in 2019, the beginning of her acting career of which she said “This was the first film I auditioned for, she’s was doing a research about orthodontics when that audition poster appeared in her search results, she left the surgery to her colleague to go and attend that ongoing audition and yeah she got the role.

In 2019 still she again auditioned for a role in Girl’s empire TV series and got the role, casted as VERONICA” the series antagonist” boosted her acting skills and talent even more because that was the second villain character she was playing. She has been involved in so many films after then.

Being extremely fluent in English has landed her on good acting deals, she’s aspiring to be the next iconic villain face of her generation and build a remarkable film empire like creating and defining an African super hero character written by her.

She’s a renounce business woman and an entrepreneur, she owns her own dental practice and deals in food stock produce both businesses are running within Kampala with a well-equipped staffs hence very flexible and acting is her full time job currently.

You’ve got so much going in for you and the day you discover yourself, you will never lose your purpose in life because life is all about knowing who you are and owning it.